NetEnt has done it again! Taking players on a visual journey through weird and wonderful new worlds as well as introducing not one but two brand new features in Wild Worlds slot!

This colourful explosion of a game is what we’ve been waiting on from NetEnt! Yes, it’s true that we have really enjoyed some of their recent releases such as Temple of Nudges and the magical Golden Grimoire, but Wild Worlds has managed to fully knock our socks off!

NetEnt has created an entirely unique game. It’s not a rip-off or remake or reboot of any other game; this is a brand new mould they have carved out for themselves. Plus it’s made even sweeter by the two (yes TWO) new features they’ve introduced! The game introduces us to three new heroes, a trio of birds ready to take on whatever the game throws their way on your behalf!

The 5×5 video slots offer big-win potential with three different free spins worlds to explore, each with their own unique feature. Watch as your heroes take on waves of different monsters, hoping to beat them all to unlock even more free spins and the potential to win big! And that’s before you even get to the two new features; the ‘Destroy Feature’ and the ‘Hero Wilds’ feature! Are you excited yet? You should be! Read on to discover more about NetEnt’s brand new slot Wild Worlds!

NetEnt has put their signature stamp on this game with outstanding graphics, a brilliant storyline and it happens to be jam-packed with features! Hold on to your hats as it’s going to be a wild ride!

The opening sequence introduces us to the story behind the game along with the three main characters, three superhero birds ready to duke it out on your behalf! Pretty nice of them! Once in the main game, the three birds are all sat around in their control room waiting for the action to begin. The 5×5 reels are at the right of the screen. As you spin, you’ll trigger a cascade or Avalanche of symbols.

Wild Worlds is a whirlwind of activity and its full of fantastic features. In this section, we have given an overview of each one, so you know what to expect when you play. 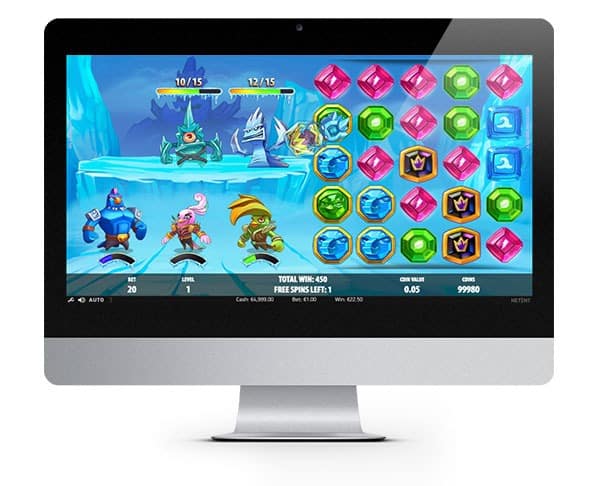 Unleash your wild side and go head to head with some of the baddest and maddest Captains and Bosses in Wild Worlds! Full of features including TWO brand new game mechanics exclusive to NetEnt!