Yggdrasil’s popular Vikings franchise is one of their most successful product launches in recent years, and their Vikings Go Berzerk is leading the charge!

Ragnarök might mean a battle resulting in the end of the world in Norse mythology, but in this game, it signals free spins! 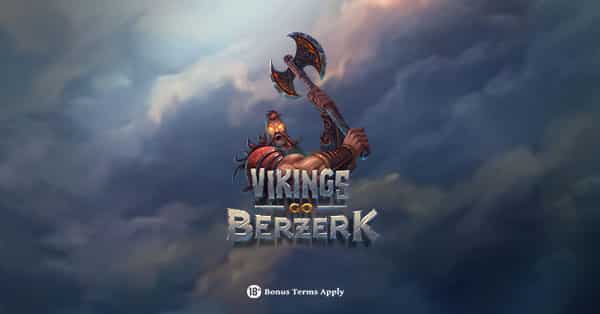 Yggdrasil is one of the most cutting edge software developers in the igaming industry, and they never fail to deliver on high impact games with plenty of clout! Vikings Go Berzerk slot game is no exception!

This is the second instalment in their Vikings trilogy with Vikings Go Wild and Vikings Go to Hell being the other two in their line up. Vikings Go Berzerk holds back on no punches with a packed roster of features ready to entertain any slots players out there brave enough to take on the mite of this band of not so merry men!

The game has some mighty features including Ragnarök Free Spins, Berserk Mode, Rage Boost, Treasure Chests and Golden Treasure Chests! No need to do any pillaging, although you might need to play a while before you actually see the free spins feature! Always remember to gamble responsibly.

Play Vikings Go Berzerk and other Yggdrasil slots at these casinos:

The game has five reels which are set on top of a Viking longboat. The HTML5 framework allows for fast download speed and a portrait mode which makes the overall experience all the more enjoyable and slick when you are playing on mobile.

The game features four main Viking symbols and four Coin symbols which will trigger a win if you can land three or more in sequence on a payline from left to right.

There is a lot of action-packed features to this game, Yggdrasil has upped the stakes in this second outing for the Vikings with the added Rage meter which comes in to play whenever you win in the base game with one of the Vikings. It can take a whole heck of a lot of spins though, so don’t hold your breath!

Each Viking has its own rage meter which will rise as you win (more rage is awarded for bigger wins) with that character. Each occasion will cause the Rage meter to rise, and when the meter is full, the free spins are triggered with the Viking in full Berzerk Mode! This enables them to always defeat the siren and turn into a Sticky Wild until the end of the feature.

The Free Spins feature can give the player up to 21 free spins with sticky wilds. There is also the opportunity to trigger extra free spins. 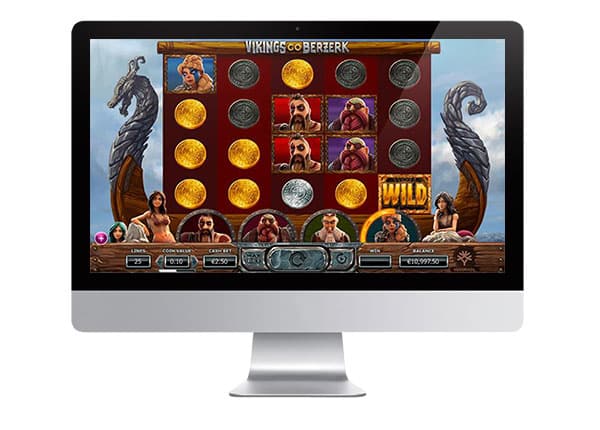 During free spins, there will also be a random bonus issued, these include:

The Treasure Chest can appear at random in the fourth reel in both the main game and during free spins. The chest contains five prizes from which you are invited to choose one. The prizes include between 50-1000 coins, 2-4 free spins, a wild reel, one extra wild or two extra wilds.

The Golden Treasure Chest can appear at random in reel five in the main game and during free spins and contains five prizes from which you can choose one. The prizes include between 250-10000 coins, 7-21 free spins, Ragnarök Free Spins or Rage Boost. 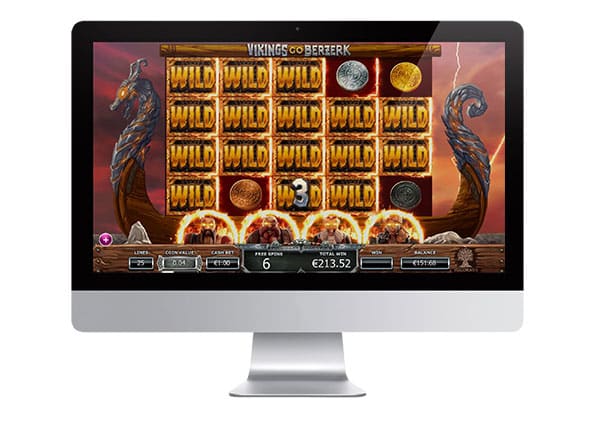 “Vikings Go Wild was a phenomenal success, so we wanted to continue their story. Vikings Go Berzerk takes things up a gear, and features the most mesmerising graphics we have ever produced.

By sticking to the same maths model, we know players will enjoy the flow of the game, with new features adding to the excitement. Sequels tend to boost the performance of prequels, so we are expecting to see both titles receive some major traffic in the coming months.”

Yes, the Free Spins feature issues up to 21 free spins.

Yggdrasil seems to be onto a winning formula with their Vikings trilogy. They have taken all of the parts of the original game and thrown in a few upgrades for good measure! It can take a long time to trigger those free spins though, so the spends can really climb if you’re not careful!