Play Rich Wilde and the Wandering City at the following casinos:

There are lots of great casinos where you can enjoy playing Rich Wilde and the Wandering City but we have picked out the very best casinos to try out the game right now. 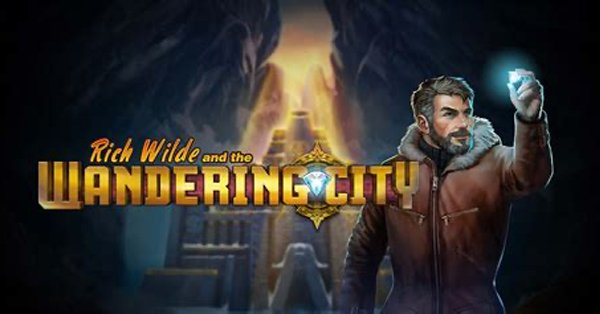 Rich Wilde is on his adventures again, this time he’s busy exploring the Wandering City. Let’s hope he doesn’t wander off too far!

The Rich Wilde series of games have been hugely popular for Play ‘N Go so it’s no surprise to see them launching another instalment in this series. But does it live up to their previous successful games? Read on to find out what we thought of it and what to expect before you play.

Rich Wilde and the Wandering City has all the signature style and familiar feeling of Play ‘N Go’s other games in this series. He’s a busy guy and gets around a lot!

Open up the game and you’ll be met with a launch screen displaying the key workings of the game. The game has 243 ways to win and a 5×3 grid with symbols multipliers and expanding symbols. 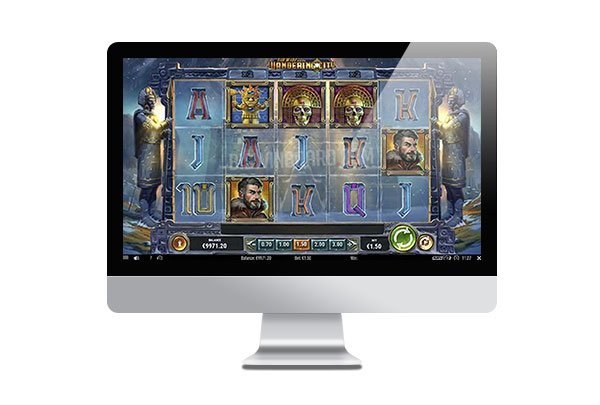 Click on continue and the game begins with a cool graphic-style storyboard of  Rich Wilde’s adventures to find the Wandering City. The grid then opens up to fill the entire screen with 25 symbols featuring a mix of the standard letters and numbers, and various artefacts and treasures.

Below the reels, you’ll have the option to set your bet level. The default bet is set to €1.50 but the game can be played from 0.10 up to €100 per spin. If you wish, there is also an autoplay option that allows you to set the number of spins you wish to play without having to hit the spins button every time. You can also add further controls on the balance and win amount.

As you spin the reels, look out for the diamond symbol which acts as a wild scatter substituting for all symbols and also triggering the free spins feature if you land three or more.

Rich Wilde and the Wandering City has been developed using HTML5 technology so that it can also be enjoyed on a mobile device. The reels are quite big in this game, filing most of the screen so it’s nice and clear and easy to play on a smaller screen size.

As an adventure-based slot game, we’d expect this to have plenty of action and features and it does have two main features although we did expect a little more, to be honest.

The diamond symbol in the game acts as both the wild and the scatter and can substitute for all symbols. If a player lands 3 or more wild scatters during the game, the free spins feature will be triggered.

Yes, free spins can be triggered by three of the Wild Scatter symbols. 10 free spins will be awarded.

Rich Wilde and the Wandering City is a graphically attractive game but it lacks the kind of features we crave. It’s a bit slow, and as a very high volatility slot, the wins don’t land that regularly so you’ll have to play the long game with this one and it might end up costing you.