Hold on to your hats people, the prince of darkness has landed, and he’s brought with him super Symbol Charge Ups, Re-Spins, Free Spins, Multipliers and Symbols Upgrade in the megawatt game Ozzy Osborne from NetEnt! 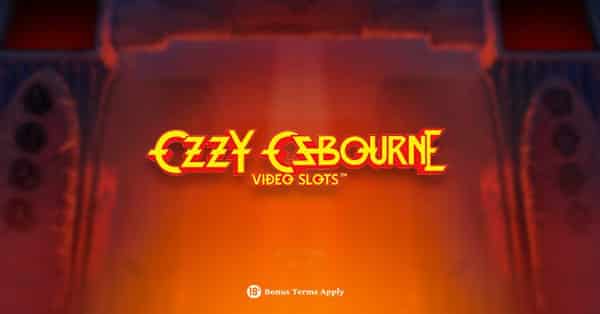 So will Ozzy Osborne be the headline act that NetEnt has been looking for from their Rock series or is the gig finally up? Find out in our slot review!

Ozzy Osborne is one of the most iconic names in rock history. Even if you haven’t heard of his band Black Sabbath, you will undoubtedly know him, and his larger than life family from hit TV show The Osbornes! You can’t escape his infectious energy and enthusiasm for his music and also living life to the fullest which is probably why NetEnt has selected him to feature in their latest release in their Rocks Series of video slots!

Ozzy Osborne shot to fame in the ’70s with his rock band Black Sabbath, but it wasn’t necessarily his music that got them centre stage. Their on-stage antics and stunts are well known if you are into your rock music or not. He wasn’t dubbed the prince of darkness for nothing!

What better partnership could there be for this long-awaited next instalment in the NetEnt Rocks series? Here’s what Bryan Upton, NetEnt’s Director of Games had to say:

Ozzy is the archetypal rock star, whose name transcends the music industry. He might be the Prince of Darkness, but he’s had an incredibly colorful career and we are ecstatic to have worked with him for his latest gig. With its great gameplay and exciting theme, Ozzy Osbourne Video SlotsTM will appeal to his fans as well a wide cross section of slots players.

New gamers can claim 150 free spins on Netent games plus a deposit match worth €1500.

Guitar riffs and electrifying graphics set the scene for this megawatt game from NetEnt. The 5 reel, 20 payline video slot is home to a variety of animated symbols that include the Prince of Darkness in various guises and poses which are the higher value symbols along with playing card symbols which make up the different lower value symbols in the paytable. NetEnt has yet again delivered their signature top-notch graphics in fine form here. As features are triggered, the action ramps up a notch and as does the volume with many of Black Sabbath’s popular song’s belting out at you. 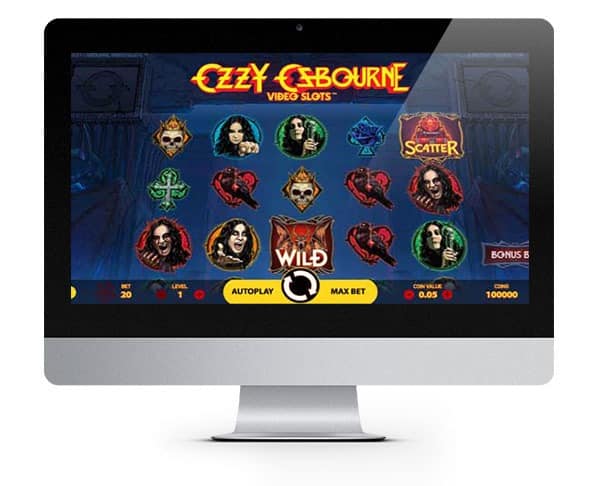 The game promises more action than a Black Sabbath gig with plenty of features to keep you on your toes! Re-spins which can trigger a variety of features including multipliers, wilds, coin wins or a symbol upgrade plus a free spins feature that comes with Symbols Spinners and Feature Spinners which can apply to every free spin!

Watch out for the bat that comes to an untimely end if you manage to secure a big win! A humorous nod to some of Ozzy’s on-stage antics that helped earn him his name as the Prince of Darkness!

No shortage of features form Ozzy Osborne video slot so bear with us while we give you an overview of each one: 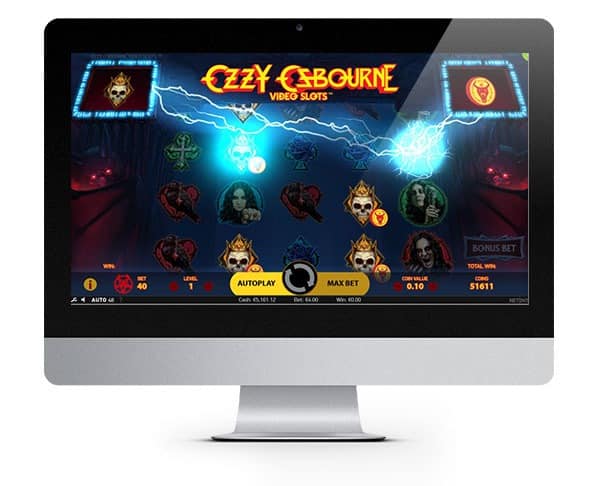 Never one to fade into the background, Ozzy Osborne is well known for his on-stage and screen presence and crazy antics. This new slot release from NetEnt is no less full of action and excitement than the man himself. Just like Ozzy, you never really know what’s going to happen with multiple different features and outcomes which adds to the overall suspense and tension of this game. NetEnt has done it again and made a living legend worthy video slot!