Discover Ninja vs Samurai slot from PG Soft and immerse yourself in this High RTP ultimate warrior slot! 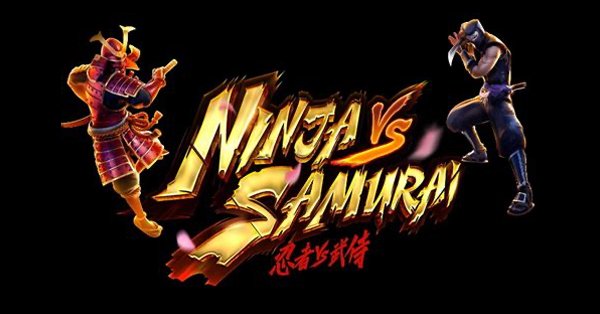 PG Soft games attempt to answer one of mankind’s most pressing questions – who would win in a fight between a Ninja and a Samurai?? This killer video slot was released in October 2019 and features some of the most impressive 3D graphics that we’ve seen from this developer, and the animations are out of this world!

Ninja vs Samurai is a high RTP game set at 97.44 with a medium volatility rating. The action takes place on a standard 5×3 grid, with 20 fixed pay lines in play. You can start spinning from as little as 0.20 credits per spin, or go all out with a max bet of 100.00!

The first thing that you’ll notice about Ninja vs Samurai is the absolutely mind-blowing graphics and animations. Every single symbol in the game is a beautifully designed 3D character, and they all come to life when they form part of a winning combination. The background scene is an epic battle between the two factions, with swords clashing.

The reels are set against a backdrop of a Japanese castle, with the Samurai on one side, and the Ninja on the other. The high paying symbols are all characters from the two factions, including the Sensei, the Female Ninja, and the Male Ninja. The lower paying symbols are traditional playing card icons, which have been given a Japanese.

Ninja vs Samurai from Pocket Soft Games is packed with cool features as you’d expect from this inventive game studio. The highlight feature is definitely the Battle Feature, which is triggered when 3 or more of the Scatter symbols land on the reels. You’ll get to choose your warrior, and then do battle against your opponent. There’s also a Free Spins feature , which is triggered by landing 3 of the Free Spins symbols on the reels.

We absolutely loved our time playing Ninja vs Samurai from PG Soft. The graphics and animations are some of the best that we’ve seen, and the Battle Feature is an absolute blast to play! If you’re looking for a high RTP game.

The RTP of the game is 97.44% and the game has a medium volatility rating.

Can I play Ninja vs Samurai for free?

Yes! The game is available to play for free at the majority of casinos that stock Ninja vs Samurai so you can try before you buy in demo mode.

What is the max bet of Ninja vs Samurai?

How many pay lines does Ninja vs Samurai have?

The game has 20 fixed pay lines.

What is the maximum possible win in Ninja vs Samurai?

The maximum possible win in Ninja vs Samurai is 250,000 coins.

When was Ninja vs Samurai released?