Enter the gripping world of Pablo Escobar in NetEnt’s newest slot release Narcos, based on the hit NetEnt show of the same name! So are you brave enough to take on the biggest drug lord of all time and see if you can lock him up for good? 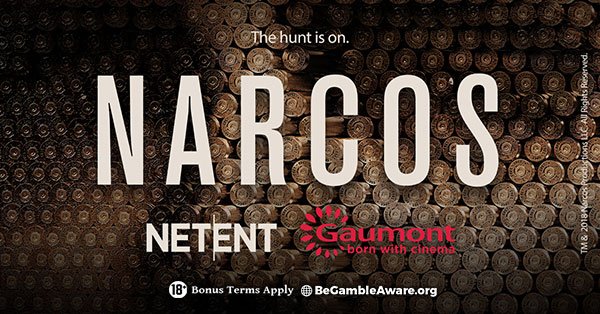 This is one of the biggest releases from NetEnt this year, and they’ve had quite a few already! The success of the Netflix show has been tremendous so it makes the ideal subject matter for NetEnt to weave their magic on yet again.

They have brought all of your favourite (and least favourite depending on how you look at it) characters to life with some fantastic illustrations and graphics. They have also incorporated a number of exciting features that help to build the storyline and keep the gameplay moving quickly.

Set in 80’s Columbia when the drugs trade was at its peak, Narcos brings to life the gritty reality and danger that seemed to run through the veins of the country. There is action ready to kick off at any point in this game, which really adds to the already high amount of tension you feel playing it! 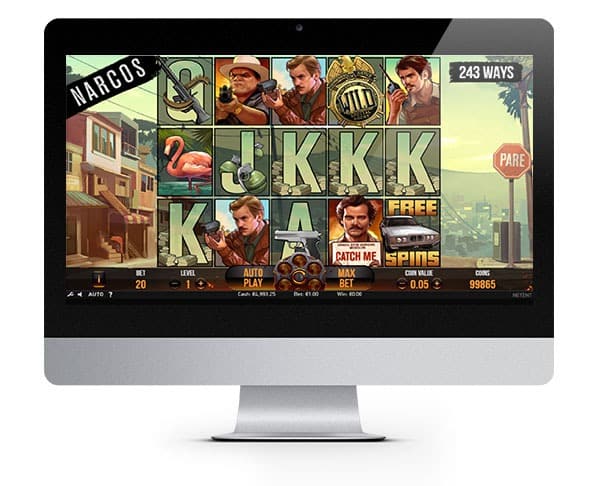 The five by three reel slot is set against the backdrop of the cartel’s playground, the streets of Columbia where trouble literally lurks around every corner, and the police may well be as corrupt as the criminals!

NetEnt has done an incredible job of taking some of the most iconic characters from the series and recreating them in digital form. They have really captured the personalities that these incredible actors have managed to portray on screen. They have also managed to keep it quite light considering the show itself is very full on in terms of violence! That said it doesn’t take away from any of the action at all.

Some of the symbols include agents Steve Murphy and Javier Pena as well as one of Pablo’s gang and an attractive blonde. You’ll also spot the Pablo Escobar ‘Locked Up’ symbol which can trigger the Locked Up feature if you managed to score three or more on the same row, but there is more detail on the game’s features in the below section. We also love how they’ve made the spin button the chamber of a gun, a nice little bit of detail!

Here’s what Bryan Upton, NetEnt’s Director of Games had to say about the game:

“Since we first announced the deal with Gaumont to bring Narcos to the reels, the anticipation among players and our operator partners has been huge. We are confident that the game will more than live up to its lofty expectations and add an exciting new option to our unbeatable branded catalogue”.

The early signs are looking like this is going to be one of NetEnt’s most successful branded slots, but only time will tell! 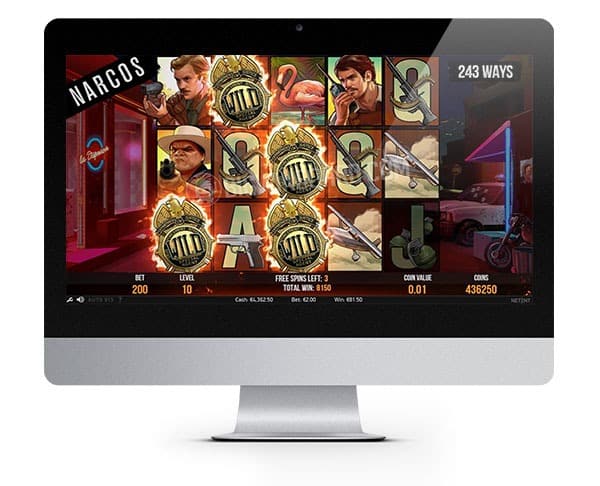 It’s always a huge risk for any software developer to take something that is already so iconic and turn it into a game that even die-hard fans are going to love. NetEnt seems to have hit it just right with Narcos!