Sample an online slot dedicated to unarguably the greatest rock and roll guitarist of all time! Jimi Hendrix!

Net Entertainment have pulled out all the stops to pay homage to the legend of Jimi Hendrix in this thrilling 5 Reel, 20 Payline slot game brimming with the spirit of Woodstock! 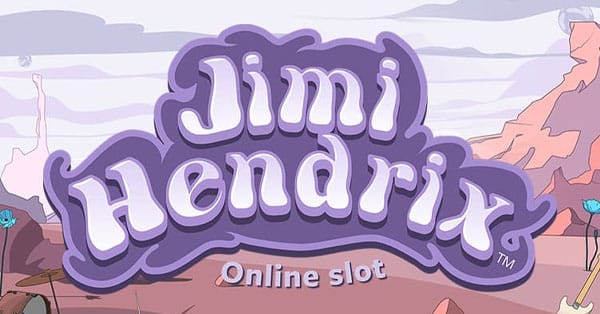 Netent released the Jimi Hendrix Slot game back in 2016 to great fanfare and excitement from slot fans and music fans alike. Netent have already released successful musical tribute slots such as Guns’N Roses and Motorhead Slot so it’s only fitting that the greatest guitarist to ever walk the Earth should have his own video slot bearing his name. Netent have clearly taken the responsibility of creating a Jimi Hendrix branded product very seriously to ensure a quality online slot befitting to one of the biggest musical icons of all time.

Enjoy Free Spins on Jimi Hendrix slot or any other Net Entertainment slot PLUS a €1500 deposit match. 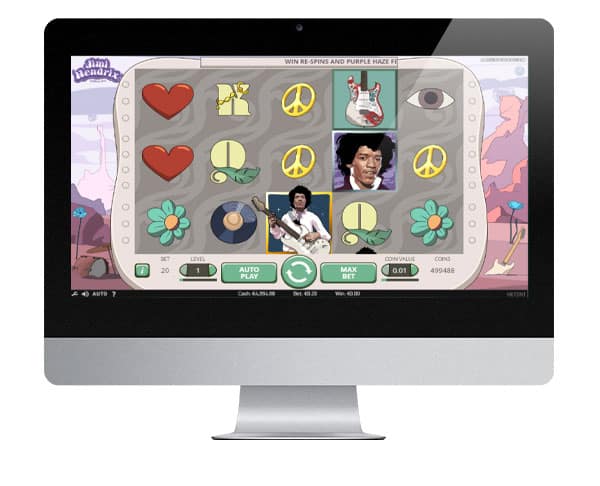 The slot looks fantastic and of course features some Hendrix hits in the sound design. When classic tracks Crosstown Traffic and Little Wing blast out of your speakers as the reels start tumbling excitement levels a guaranteed to build. The Netent design team have pulled out all the stops to ensure Jimi is portrayed in all his psychedelic glory in some awesome animations in this glorious video slot game. This is a fully animated 3D slot game and players are treated to a number of fantastic moving images of the great mans renowned facial expressions. 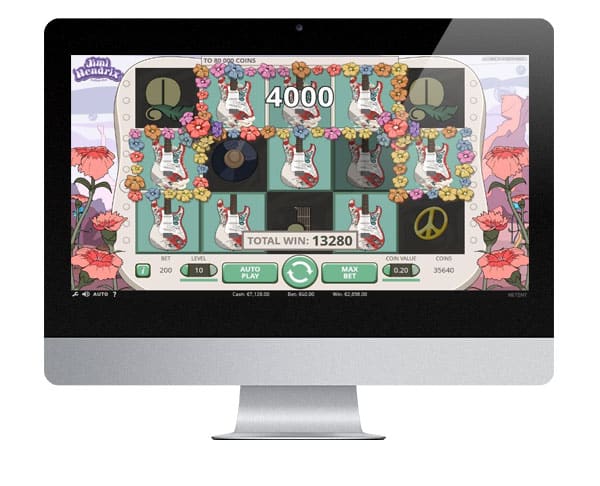 The Jimi Hendrix slot has two great special features that stand out apart from the usual bonus features typically found on lots of popular slot games.

First is the Red Guitar Re-Spin. You’ll be hoping for 4 or more red guitars to land on the reels during the standard game and this feature will kick into action and a re-spin will occur. If another red guitar lands during the re-spin further spins will activate.

Next is the Pick ‘N Click feature. Activated when you land 3 Jimi scatter symbols on the reels and the Pick’n Click feature is launched and you can win 4 different awesome prizes. First there’s the Coin Win which awards a random multiplier between x8 and x30 of your stake. Next, keep your fingers crossed for some sweet Crosstown Traffic Free Spins symbols which will land you 6 Free Spins.

Jimi Hendrix slot game is a guaranteed hit for Netent slot fans who are also fans of the guitar legend. It’s got epic animations and a great soundtrack along with some inventive and potentially lucrative bonus features.