Looking for a new slot game packed with flavour and intense features? Then NetEnt’s new slot game Gordon Ramsay: Hell’s Kitchen is the hottest ticket in town! But will you be in Kitchen heaven or hell? 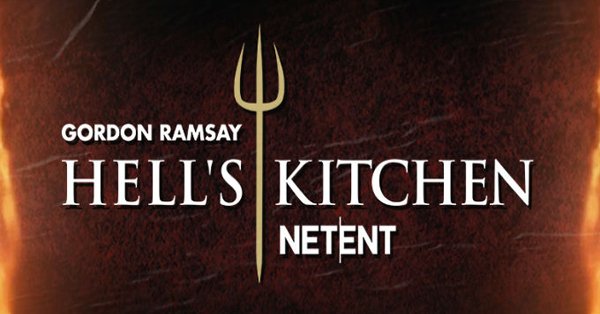 We have checked out the best places to play NetEnt’s Gordon Ramsay: Hell’s Kitchen. Play this new slot game at any of the following casino sites:

Gordon Ramsay: Hell’s Kitchen is a brand new slot game from the NetEnt studios based on the hit TV show. Collaborations are always a sure-fire way for any software developer to earn a good head start on any new game launches. Riding on the back of the success of a popular show is certainly going to earn you a bit of interest and many casino fans will be keen to check out the game out of interest alone.

Using such an iconic chef and TV personality has given NetEnt a lot of scope to get creative. After all, Gordon has plenty of his own catchphrases to call upon. There is also a huge amount of tension built during gameplay thanks to the soundtrack and graphics.

NetEnt hasn’t held back on the game’s features with Ramsay’s Wilds. If this feature is activated it’ll trigger a Ramsay rage, and knives will be thrown at the reels, wherever they land, the symbol will turn into a Wild. Manage to trigger Team Challenge Free Spins and you can choose your team and just hope they’ve got the kitchen skills to bring in the big wins!

The game design has been based around the hit TV show which has become popular in many countries all over the world. Gordon Ramsay is a pretty in-your-face personality and doesn’t hold back and while you play, he will drop a few one-liners in his usual abrupt style. There is also a backdrop of the tension building music used on the show.

The 5 reel, 3 row slot game features a variety of appealing looking dishes that make up the higher value symbols. Look out for the beef wellington, which is the most valuable of the dishes. Other symbols include Ramsay’s signature cocktail, a sticky toffee pudding and a burger.

But does the slot game have all the right ingredients to be a success? Find out more about the game’s features and free spins in our next section.

In this feature, knives are thrown at random onto the reels turning symbols into Wilds. Between 5 and 7 wilds can randomly appear anywhere on the reels during the round. Wilds will substitute for all symbols except for the Scatter symbol. 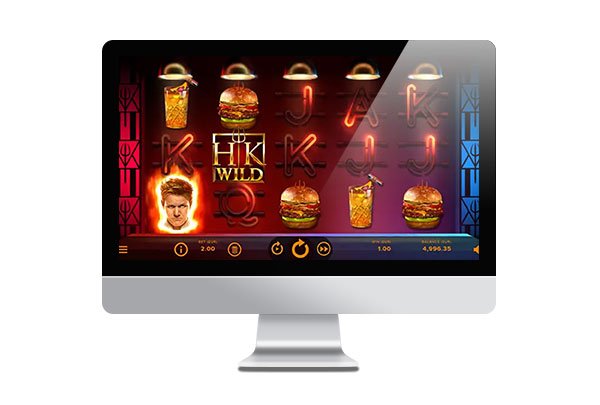 The free spins feature can be triggered by 3 or 4 Scatter symbols appearing anywhere on reels 1, 2, 4 and 5 in the main game. The Scatter symbol appears as Gordon Ramsay’s headshot.

Free spins are issued as follows:

2 play areas will appear, each area represents the red team or blue team as part of a cooking competition. At the start of the feature, you will be asked to choose the red or blue team.

During each free spin, one of three Order Up features will be triggered at random. These include x2 multiplier, x3 multiplier (multipliers will be red or blue based on team colours) or the Team Wilds feature.

In the Team Wilds feature, between 3 and 8 Wild symbols will be randomly placed on the reels. If more than one of the colour coded multiplier symbols appear on the reels during a spin, the bet line wins of that corresponding team will be multiplied by their sum.

At the end of the Team Challenge Free Spins, the team with the biggest win total will be declared the overall winner of the cooking competition. If the chosen team wins or in the instance of a tie, Gordon’s Bonus Game will be activated.

If triggered, a series of menus will appear on the screen. There are three types of prizes that are hidden behind the menus, including:

The game ends when the player has unlocked three symbols. The total win is then calculated.

Yes, 3 or more scatter symbols appearing in the main game will trigger the Team Challenge Free Spins Feature. Either 10 or 15 free spins are awarded based on how many scatters have triggered the feature.

NetEnt always does a great job with their branded slots, staying true to the style and design. This is very much true of their latest slot which sees them jumping out of the frying pan and into the fire in Gordon Ramsay: Hell’s Kitchen. Thankfully, there is one thing missing from the game, Gordon’s swearing!