Rub the magic lamp and reveal 15,625 ways to win in this Blueprint slot game featuring the Megaways™ mechanic under license from Big Time Gaming!

Slots featuring the Megaways mechanic seem to be popping up left, right and centre these days! It’s almost as if a genie was listening to our wishes! This super fun Arabian-tyle slot game from Blueprint Gaming comes to us boasting the fantastic Megaways feature under license from Big Time Gaming.

This feature is one that has proved hugely popular amongst casino players offering thousands of ways to win with just one spin (or as is the case in this game, 15,625 ways to win)! The feature means that the number of rows can vary with each spin, so the number of ways to win can also change. It keeps thing pretty interesting in this fast-moving game!

When you open up the game at whatever casino you happen to be playing it, you will be met with the title screen which displays all of the various key features in the game including Wild Megaways, Genie Wilds, Genie Win Spin and Bonus Megaways. We will go into more detail on each of the features further on in our review. Don’t be thrown off guard by the booming genie voice that welcomes you to the game, he actually looks pretty friendly. And if he lives up to the hype and delivers us even one of our three wishes, we’ll be pretty happy!

As you start the game, the genie will disappear back into his lamp ready for the action to begin. In fact, the lamp forms the auto play button so give it a click (or a rub) if you want to set the reels off and running for a pre-set number of spins. As you hit spin, the Arabian style music will begin to play, and the action commences with vibrantly coloured reels and imagery.

If you manage to trigger the Genie Free Spins feature, a series of golden lamps will appear dramatically on the screen. You’ll be asked to make a wish and select a lamp to rub. The lamp will then reveal a different feature that will form part of your free spins. We got an Unlimited Multiplier but also available are Locking Wilds, Mystery Wishes and Genie Streak. More detail can be found below on the various features.

During our first spin, we managed to land two bonus symbols so scooped a further 5 free spins. As we progressed through our spins, we managed to gain even more spins with a total of 25 spins in the end, so that took the multiplier up to x25 as it rises x1 with each spin! While playing our spins we activated the genie twice. The genie appears delivering coins which go through various stages depending on how much you’ve won. It starts at a Magical Win, then a Marvellous Win, a Jinn-credible Win and a Genie-us Win! Now that’s the one you want to get to!

As well as the fantastic free spins features, during the main game, the genie can spring to life at any given moment and trigger any one of four Genie Power Spin features including Wild Megaways, Genie Wilds, Genei Win Spin or the Bonus Megaways feature! They really keep the game moving!

This game is so full of action, it’s hard to know where to start! The wish-granting genie has plenty of surprises hidden in his lamp to keep the main game moving along and should you trigger the main free spins, the added features provide further opportunities to scoop more spins and can create some fantastic wins! 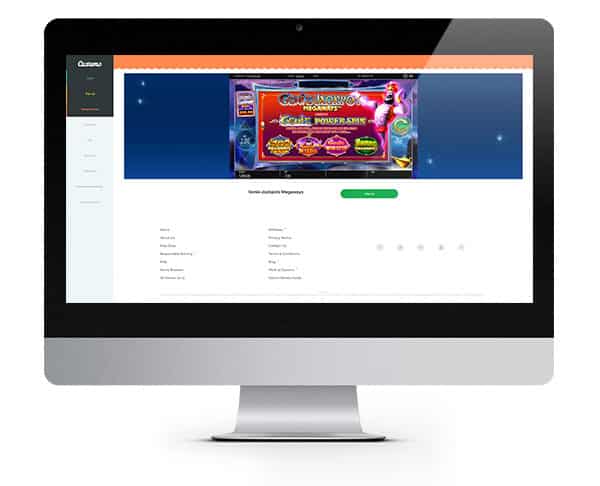