Folsom Prison is the latest slot game from NoLimit City, and it’s based in one of the most notorious prisons in America!

The game has a whole host of features including free spins, wilds and multipliers. The graphics are top-notch, as you would expect from NoLimit City, and the gameplay is fast and furious.

Folsom Prison can be played at a number of online casinos, including at our hand-picked list of casinos below. 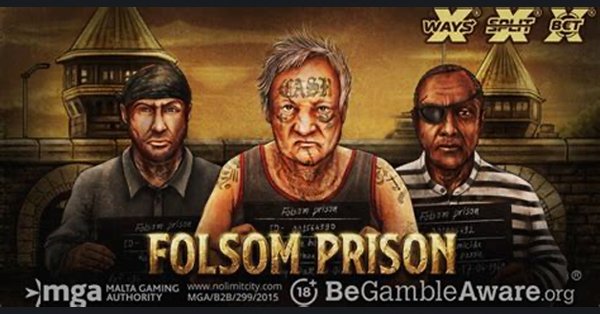 Folsom Prison is a new slot game from NoLimit City. It’s a 5 reel game with up to 46,664 ways to win. The game, which is based on the infamous maximum-security prison is unique and allows NoLimit City to explore some pretty gritty and realistic elements including a cockroach infestation!

Folsom Prison was made famous by Johnny Cash who wrote and recorded a live album there in 1968. The Folsom Prison Blues song became one of his most iconic hits.

NoLimit City has taken inspiration from the prison setting and created a slot game that is gritty, realistic and full of features. The game includes NoLimit City’s signature xWays and xSplit symbols which can create some huge winning combinations.

Folsom Prison is the latest slot game from NoLimit City, and it’s based in one of the most notorious and brutal prisons in America. The game itself features the mug shots of some pretty dodgy-looking inmates too! It starts out with five reels and 16 ways to win, however, this can quickly grow to its full potential of 46,664 ways to win! 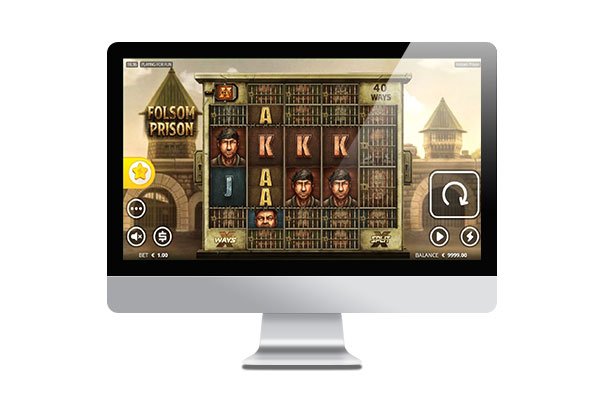 There are some symbols to watch out for during gameplay. These include the five inmates who represent the higher value symbols such as ‘Fresh Meat’ and ‘Backstabber’ – not someone to be messed with! The game also features two wild symbols including the grim but potentially fruitful Cockroach Nest Wild! Other key features include the Folsom Prison State Scatters, xWays and xSplit symbols. Rest assured we will look at the game’s features in more depth in the next section of our review.

Before you begin, there are a few controls to be aware of so you can set the game bet size to suit your budget. The game can be played from 20c up to €100 per spin. There is also the option to Toast Bet which will cost you 20% on top of your bet but will guarantee you a Scatter symbol on the second reel. If you wish

, you can buy your way into the different bonus features. However, this comes at a cost of between 68x and 1500x your bet.

If you’re looking for a new and exciting slot game to play, then Folsom Prison is definitely worth checking out. With its huge potential for wins and its gritty theme, it’s sure to keep you entertained for hours on end.

Like most NoLimit City slot games, Folsom Prison has a huge list of game features so stick with us as we take you through this gritty game and everything it has to offer!

Folsom Prison is a 5 reel slot game with 4, 6, 6, 6, 4 symbol spaces. The reels start out with several locked positions which can be opened by landing special symbols or a Cockroach.

A Wild, Scatter, xSplit or xWays symbol will open up the closest

locked symbol position above or below it on the reel. This makes for some exciting gameplay as you never know when you’ll hit one of these symbols and open up a whole new area of the reel!

One of the game’s features is the Toast Bet. For an extra 20% on your bet value, you can guarantee yourself a Scatter landing on the second reel.

Folsom Prison slot game features two Wild symbols – Wild and Cockroach Nest. Wilds can land anywhere on the reels except for the first reel. Wild symbols can substitute for any paying symbol making it easier to create winning combinations and boost your chances! 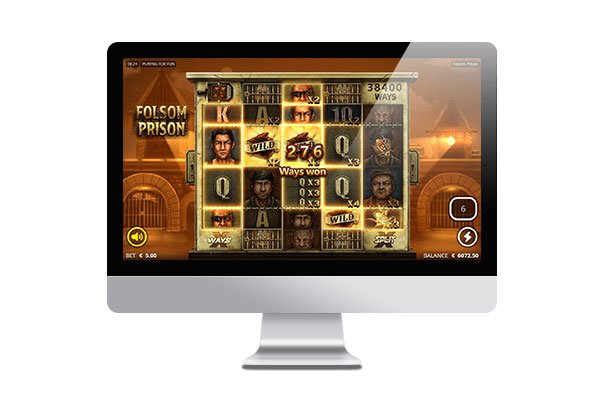 Keep your eyes peeled for the Folsom Prison State Scatter when you’re playing this slot game – it could lead to some big wins!

Named after the famous Johnny Cash song, the Walk The Line feature can be triggered by landing three scatters in the main game. Once triggered, players will receive 8+ Walk The Line free spins.

Any Scatter symbols affected by xSplits will award an additional free spin.

Scatters can only appear in reel five during Walk the Line spins. Landing a Scatter will award an additional 2 free spins, it will also upgrade the bonus game to The Chair spins. Each spin will begin with 2, 4, 4, 4, 2 symbols spaces open and a minimum of 1 Cockroach.

The Chair bonus game can be triggered by landing four Scatters in the base game. Any Scatter symbols that are affected by an xSplit symbol will award 1 additional free spin. Each spin will start with the middle 4, 4, 4, 4, 4 rows open and a minimum of three Cockroaches.

This is one cockroach infestation you will be glad to discover! They can go anywhere they like at Folsom Prison but their nests can only spawn in open symbol positions on the middle three reels. They can also be transformed from Scatter symbols. Any locked cell where they crawl will unlock.

xWays is a game mechanic we have seen many times from NoLimit City in its slot games. Folsom Prison also has this game mechanic as well as other features that make it an exciting and fun game to play. It will transform into a normal paying symbol, revealing between 2-4 symbols of the same kind, increasing the number of ways to win.

Folsom Prison slot has a return to player percentage of 96.07%.

Yes, Folsom Prison offers two free spins features: The Walk the Line feature gives 8+ free spins and sees 1 cockroach per free spin and The Chair feature which offers 3 guaranteed cockroaches per free spin. The Cockroaches can add wilds and also increase the multiple by up to 10x.

Folsom Prison is a great new slot game from NoLimit City with plenty of features to keep you entertained. They never hold back when it comes to gritty graphics and subject matter and this latest slot release is no different.

The potential for big wins is definitely there! So, if you’re a fan of Johnny Cash or just love playing slots, be sure to check out Folsom Prison at one of our recommended online casinos.