Head back to the roaring twenties and play Fat Banker, one of Push Gaming’s latest slot releases!

Watch the Fat Banker fill up his pockets with loot and get richer and richer, hopefully showering you with a few riches along the way too!

You can play Push Gaming slots at multiple online casinos. Choosing the right one has been made a whole lot easier thanks to our list of recommended online casinos below. Each of our featured casino brands has been tried and tested by our team of casino experts so you can be confident in getting a top gambling experience in a secure and safe online casino. 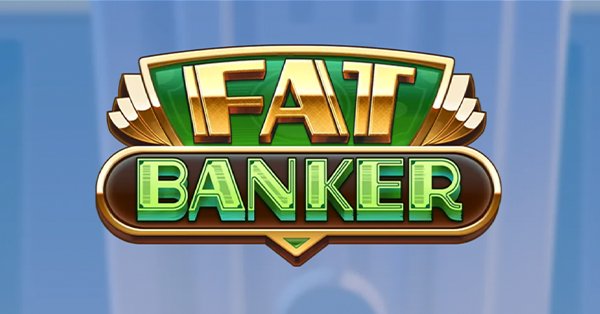 Fat Banker is the latest release from industry giants Push Gaming. The 6 reel, 50 payline game is the latest in their ‘Fat’ series and features the jolly banker looking to get rich!

some pretty awesome features that ensure the hottest gameplay! Free spins, wilds, respins and multipliers are the name of the game. So sit back, spin the reels and hope Fat Banker can grab fistfuls of cash and gold bullion for you!

Fat Banker is set against a 1920’s backdrop with a design and theme that’s filled with luxury items and cold hard cash! The game is compatible with mobile, tablet or desktop play and has a simple and fun design that will look great on any screen size.

The game features a number of symbols including standard playing card symbols which make up the lower-paying symbols and a top hat, a dog and the Banker’s Wife. The Banker’s Wife is the highest paying symbol. Other symbols to look out for include the Fat Banker Wild, Bullion, Wild Money Bag, Silver Safe, Multiplier and Fat Banker Multiplier Wild – phew!

The game can be played from 10c up to €100 per spin. This can be adjusted according to your gambling preferences and budget. The Total Bet box is situated below the reels so you can quickly toggle the amount to suit your requirements.

The game also has an autoplay feature for those occasions when you don’t want to continuously hit spin. Set the number of spins you wish to play along with a single win and loss limits. Fat Banker has an RTP of 96.43% so it sits slightly above average.

Fat Banker has multiple features including instant prize Bullions which can be worth up to 1000x your bet! The game also features a multiplier of up to 1000x so there is a lot more to unpack here than first meets the eye!

This is one of the most unique and exciting elements of this game as it can literally drop at any time! During the base game, Bullion symbols can appear in any symbol position on any reel except for reel six. These Bullion symbols are instant prize symbols with multipliers attached to them. Multipliers can be either 1x, 2x, 3x, 5x, 10x, 25x, 50x or 100x your stake.

If a Silver Safe symbol appears on reel six alongside Bullion symbols, then the winnings will be calculated and collected.

While playing the base game, a red car can appear at any time. If they appear, the Red Car Feature is triggered and the Red Car symbol will reveal either a Fat Banker, Silver Safe, Wild Money Bag, Wild Money Bag with a Multiplier or a Bullion symbol. 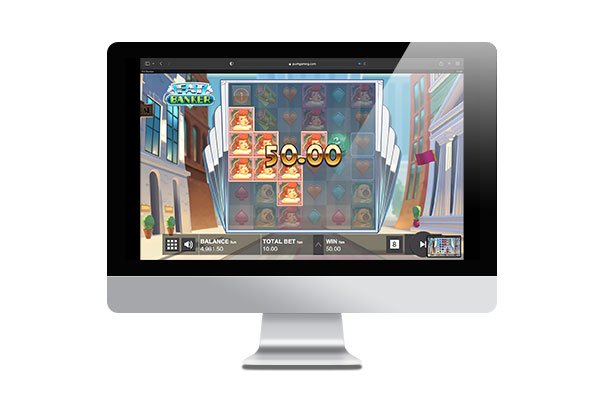 The Fortune Link feature is triggered when a Silve Safe symbol lands in one of the hot spots on reel six and there is a minimum of 1 Bullion symbol on reels one through to five. Each symbol position will then respin and reveal a choice of either a Bullion, Multiplier or blank symbol.

During the last respin in the Fortune Link Feature, gold cars will cruise across the screen, and trigger the Gold Car Feature. This will then award the player with a minimum of 1 Bullion symbol and/or a Multiplier symbol which will be added to the reels at random. Once again, this will also reset the respins to 2.

Each time the progress meter is filled during free spins, The Fat Banker will get fatter and fatter. He will spread across a wider area of the reels and awards the player with an additional free spin.  The Fat Banker can increase six times, and with six levels there are up to 16 free spins available.

We were pleasantly surprised by the number of features this game is hiding. It has a lot more going on than Push Gaming’s other ‘Fat’ series slots. As such gameplay moves pretty quickly and there are some nice opportunities to boost your winnings. This is especially evident in the lucrative Fortune Link feature which can work in your favour if you land plenty of Bullion and multiplier symbols. Overall a nice little game from the Push Gaming studios.