Enjoy a basket full of bonuses in the legendary Red Riding Hood Slot from NetEnt! This fairytale themed game is packed with features including a ‘Beware the Big Bad Wolf Bonus’ worth up to 200x your stake!

Red Riding Hood was the very first instalment from NetEnt’s Fairytale Legends trilogy. It launched back in 2016 and set the bar pretty high for the following two releases. It was very well received by the industry, gaining positive reviews and casino listings left, right and centre. It’s clear to see why once you take a quick look at the game which features some signature NetEnt graphics and of course a whole bunch of features that really create some excitement while you play!

The storyline is of course set around the popular fairytale of Red Riding Hood. Red is the heroin

e of the game, and the aim is to outwit that wolf and scoop yourself some big wins! The game itself has seven, yes seven different features including three that can be randomly triggered in the main game and three main bonus features which are triggered by spinning three scatter symbols. Oh and let’s not forget the Sticky Wild Re-Spin Feature but more on those later in our review. 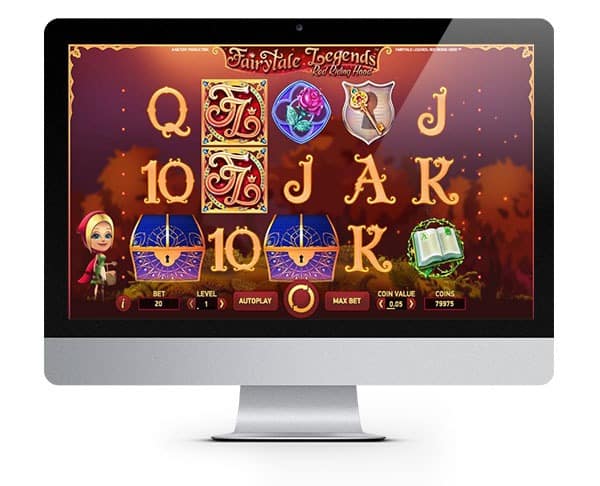 NetEnt has successfully brought to life this much-loved fairytale in slot form. No mean feat by anyone’s standards. Red features to the left of the reels which are set out in a 5×3 formation. As you hit spin, she begin’s to wander through the forest, and those symbols come tumbling down to hopefully create some winning combinations!

Red also appears as the Wild symbol. When you get two or more, this can trigger the Sticky Wild Feature. Other symbols include standard fairytale fodder such as crowns, keys, a storybook, shield, treasure chest and a pink rose. It’s also worth keeping an eye out for the Fairytale Legends logo as this is the highest value symbol in the game.

The game features 20 fixed bet lines, and wins are paid from left to right with only the highest win per bet line paid. The game can be played from 20p up to £200 per spin. You can adjust your bet level by using the +/- buttons at the bottom of the reels. This determines the number of coins you bet per payline. You can also adjust the value of your coins. Make sure you do this before you start playing and find a level that suits your budget and how long you envision playing for.

This game is overflowing with features It makes for a pretty exciting slots session and the great thing is they can crop up randomly at any time during the game! Here’s everything you need to know: 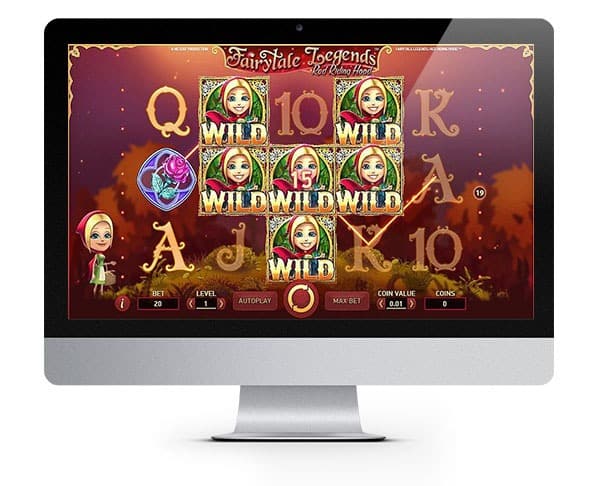 We are quite happy to brave the big bad wolf thanks to this jam-packed game from NetEnt with seven brilliant bonus features!