Play Disco Beats slot from Habanero Gaming, this colourful anime take on the disco era is a fun filled  slot machine that packs some cool features!

Visit the following trusted online casinos to play Disco Betas from Habanero on mobile or desktop. Many sites offer their members the chance to play Disco Beats in demo mode first… 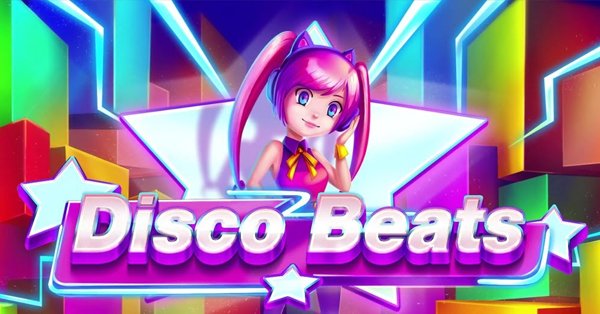 The slot is played on a 5×3 reel configuration and offers 243 ways to win. The game has an RTP of 96.71% and is medium-high in volatility. The maximum possible win you can achieve from a single spin is 1,500x your stake!

The Disco Beats slot is set on a dance floor, with the reels taking up the centre of the stage. The graphics and animation are excellent, as is to be expected from Habanero. The symbols are a mix of classic disco icons such as cassette tapes, platform heels and afro wigs, as well as some fruit machines. The soundtrack is, unsurprisingly, a funky disco tune that will get your toes tapping! 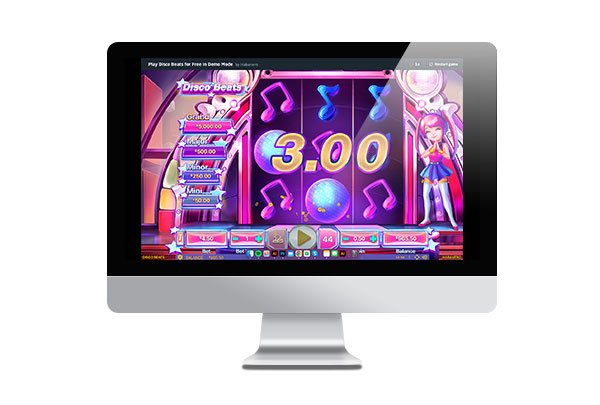 The game’s main special feature is the ‘Disco Spins’ round, which is triggered by landing three or more of the ‘Disco Ball’ scatter symbols anywhere on the reels. You’ll be awarded 10 free spins, during which all of the ‘fruit machine’ symbols are turned into wilds. These wilds substitute for all other symbols except the scatter, and can also expand to fill an entire reel!

The Disco Spins round can also be re-triggered by landing more scatters, up to a maximum of 50 free spins.

Can I play Disco Beats for free?

Yes, the Disco Beats slot can be played for free at most online casinos in demo mode without parting with your own money.

How do I trigger the free spins round?

The free spins round is triggered by landing three or more of the  ‘Disco Ball’ scatter symbols anywhere on the reels.