Emoji Planet slot – LOL, LMAO, OMG, now we don’t even need to type actual words thanks to smartphones! It’s now even easier as we have emojis to speak for us! NetEnt has harnessed this phenomenon in fine fashion in their cool game Emoji Planet!

Mobile phones have brought us many things, the ability to speak to anyone, anywhere in the world no matter where we happen to be, access to the latest news and gossip in the palm of our hands and of course the ability to convey a thousand emotions with one single image! Emojis have taken the world by storm, but will this game do the same for NetEnt?

This game brings to life all our favourite emojis including the lol face, hearts, kisses, a pizza slice and of course the smiley poo face! The game itself has lots going on with cluster wins and the popular Avalanche feature that appears now in several of NetEnt’s most popular games.

The colourful design and catchy music create the perfect environment for fun! Settle yourself in for an entertaining session thanks to this quirky six reel slot from NetEnt! 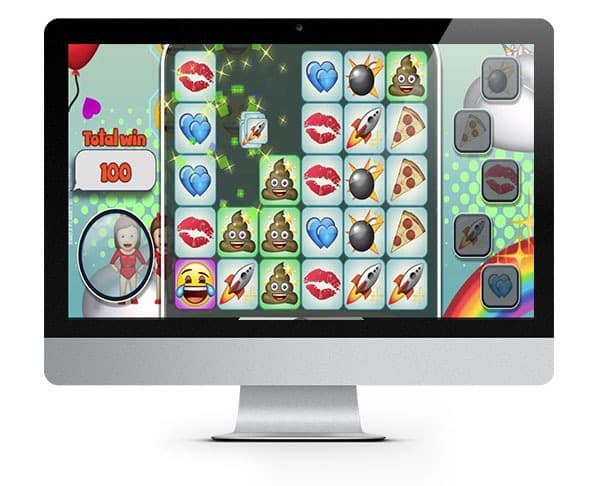 Colourful and imaginative, Emoji Planet combines all our favourite emoji symbols along with some cool animations around the main reels to bring the whole game to life. We love the two dancing girls on the left of the reels! The crazy theme music is annoyingly catchy, and you’ll find yourself humming it all day long!

The game has a five reel, 6 row set up and rather than spinning the reels, rows of symbols tumble down in an avalanche effect. This is a nice little feature that further sets this game apart. To create a winning combination you’ll need to get five or more matching symbols adjacent to one another. This starts an avalanche where your winning symbols explode and more symbols fall down creating further opportunities to win. This can go on and on and create some massive wins!

There are eight symbols in total with the smiley face being the highest value symbol on the reels. The star symbol is the wild and this can appear anywhere on the reels and substitutes for all symbols.

You’ll also notice there are five Emoji symbols to the right of the reels. These are the Emoji Meters. As you collect your cluster wins, the meters will fill up in the corresponding symbol. Filling these meters can result in some excellent features being triggered or cash prizes being awarded. More on those further in our slot review!

Emoji Planet can be played from £0.20 up to £200 per spin. The coin value and bet level can both be adjusted. There are no bet lines in this game as it is based on cluster wins. This means you are playing across the entire board with every spin no matter what your bet level.

There are a lot of elements to this game, here’s a simple summary to get to grips with them before you play for real: 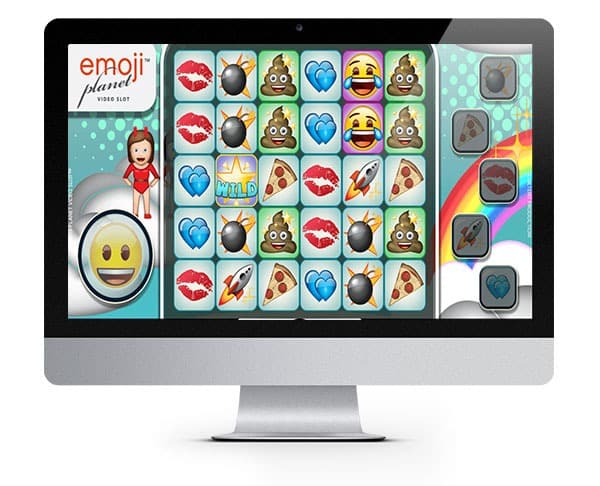 Easy right? Well, there is a lot going on here so maybe make good use of our free play version and have a spin for free first?

A top game from NetEnt, with cluster wins and an Avalanche feature that can keep the wins tumbling in, we can’t recommend this game highly enough!