Cash Truck is an upcoming slot game from Quickspin. The game will be available to play on desktop and mobile and launches early in 2022!

Cash Truck doesn’t launch until the 11th of January but if you want to get a head start and check out some top Quickspin casinos take a look at some of our featured casinos: 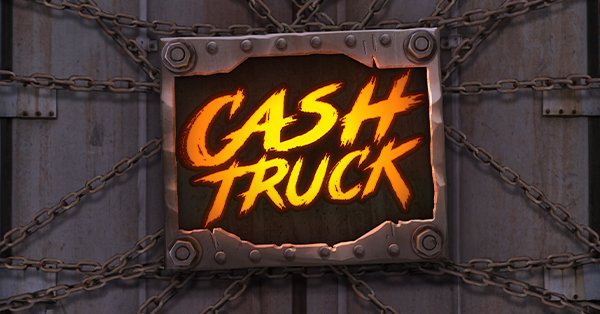 So far details are somewhat limited about this game from Quickspin. What we do know is that the game is to be set in a post-apocalyptic world and is due to launch on the 11th of January.

Quickspin has had a packed roster of game launches and they show no signs of slowing down just yet. Their games have unique features and are often pretty simple to get to grips with. They are also experts in mobile gaming technology, with their games looking and performing seamlessly when played on mobile phones.

Cash Truck will be their first game of 2022, so will it set the tone for the year or be a total write off? Only time will tell but here’s what we know so far about it.

Cash Truck will have an average RTP of 96% so it’s pretty on average for a slot game. Set in a post-apocalyptic world, Cash Truck features some hard to find resources so you need to keep your wits about you in order to survive this world! 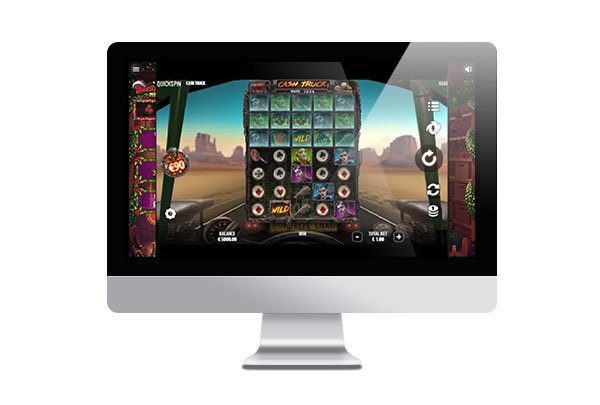 The Cash Truck is in big demand, with every man left standing and his dog after that truck of cash. Although what use it is in a post-apocalyptic world is a mystery to us! Maybe a truck of canned goods might be more helpful? Anyway, armed up to the hilt with homemade weapons dynamite, junk, spare parts and even boomerangs they are doing everything to catch the Cash Truck before it reaches its destination.

The 5 reel slot game features between 4 and 7 symbols on each reel, giving players further ways to win. The game features tumbling reels and a play area that expands with each win. The game also features a bonus game called the Truck Raider Bonus Game. The game includes a series of multipliers that double exponentially every time you land a new symbol. Any symbol that forms part of a winning combination, will disappear and be replaced with new symbols.

Each round of the game starts with five reels with four symbol spaces plus one locked reel of 3 symbols. Every winning combination and tumble that ensues will expand the grid by opening up three randomly selected locations in the locked area. This reel expansion continues until no new wins appear.

The Wild symbol substitutes for all symbols except for the Bonus Scatter symbol.

If there are two Bonus Scatter symbols on the open grid after all tumbles have finished, the Second Chance Scatter will be triggered. This will clear the open spaces on the grid except for the bonus scatters. Three randomly selected locations on the grid will open up and new symbols will appear in their place.

Three or more Bonus Scatters in the base game will trigger the Truck Raider Bonus game. The feature will begin with three Cash Stack symbols placed at random on the reels. Three spins will be awarded to start with. Each spin, new Cash Stack or special symbols may appear on the reels. Any new symbols will remain on the reels for the remainder of the feature. If new symbols appear, the counter resets to 3, otherwise, one spin will be used. The sum of the symbols x the multiplier is calculated at the end of the feature.

It’s too early to say how this game will fare without seeing it in the flesh yet. There seem to be some interesting elements, in particular, the Truck Raider Bonus Game, but we will see how this plays out in reality.