Aztec Idols slot from Play’N Go is another chapter in the Rich Wilde adventure slot games.

Join the rugged explorer as he attempts to uncover and extract untold riches in this exciting 5 Reel, 15 Payline Real Money Slot. 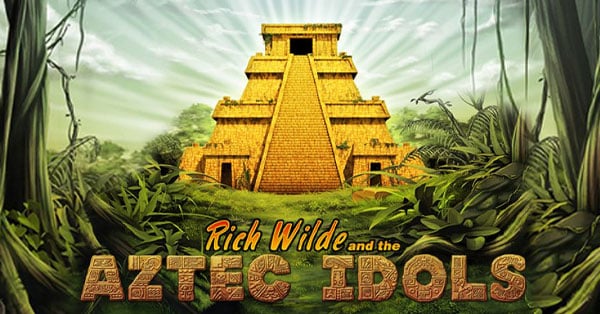 , this time he’s taking on the challenges of the South American jungle and attempting to uncover lost treasures of the Aztecs. Join Rich on his treasure hunt and encounter some wild symbols, spicy scatters, fun free spins and awesome bonus games along the way. Aztec Idols is a high volatility video slot with a Return to Player of 96%. Game production standards are high and Aztec Idols is a smooth player experience on mobile devices as well as home desktops, see for yourself and get stuck in for between 0.15 and 75.00 per spin.

Visually appealing, Aztec Idols pings off the screen with crisp, colour rich graphics and 3D animation. The game is framed on the screen by the lush South American jungle and the ruins of an ancient temple. The lower value playing card symbols are inscribed in the ancient scriptures of the Aztecs while the higher value symbols are represented by various intricately carved wooden masks. The highest value symbol of all is the gleaming golden mask which is worth a bumper 66x your stake if you manage to line 5 in a row on the reels. Rich Wilde lends his own mug shot as The Wild in the game, the scatter is the Aztec Calendar and the last symbol is the gleaming Aztec Temple which can land on reels 2,3 and 4 and will launch the bonus feature in the game. 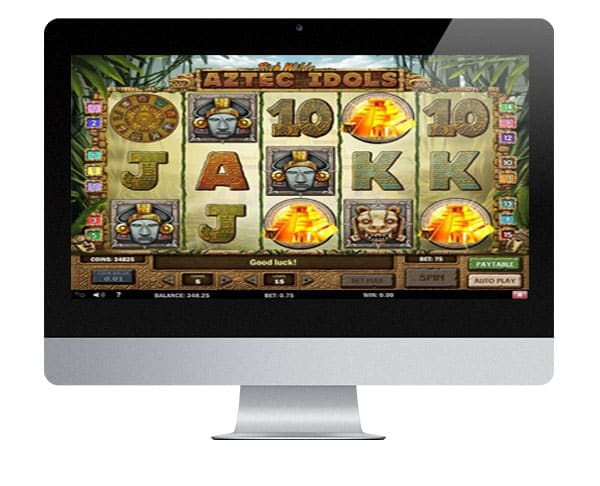 Pick the Idols. Three golden pyramids are needed to get this bonus feature going in which your transported to a separate screen to play this mini game. Choose your Idols carefully as some contain a sweet cash prize while other contain poison gas!