Arcane Reel Chaos is a brand new game from NetEnt set amongst a bleak and eerie dystopian city which has fallen under the shadow of supervillain Deep Pockets! Can the four heroes save the day and bestow some of the rewards our way? Find out right here! 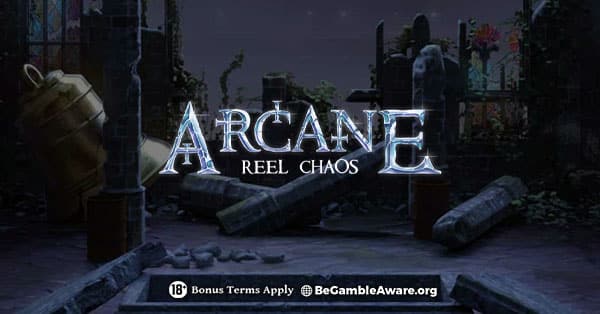 We all got pretty excited when we heard the name of this new slot game. It made us immediately think of NetEnt’s hit slot South Park Reel Chaos so already our interests were peaked!

This latest game from NetEnt is set in a dystopian world based far into the future where an evil Villain name Deep Pockets is hell-bent on destroying the city. We have to say, this is probably one of the most sinister looking villains we’ve seen from NetEnt…his manic look…creepy! Plus he is actually possessed if he wasn’t frightening enough already! Luckily, four heroes are here to save the city. Each brings their own superpowers to the table in the hope of taking down the villain! 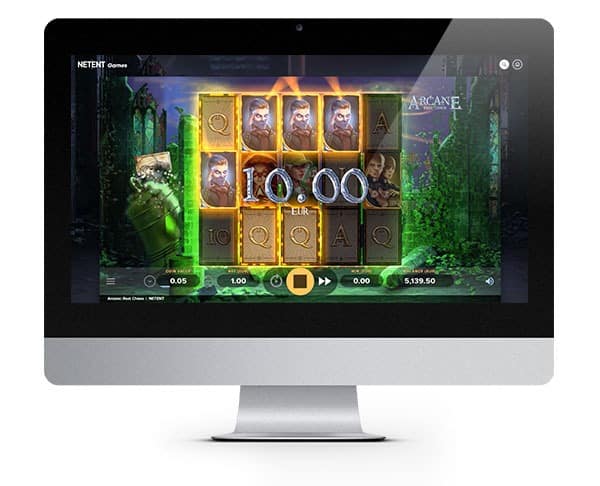 NetEnt has brought their own signature style once again, and they haven’t been shy about the laying on the features in this game. It is packed with them! Stacked Wilds, Multipliers, Multiplying Re-Spins and Overlay Wilds. Oh and free spins too! If you want to know more about what this game has in store for you, then read on!

Pick up 150 Free Spins on Arcane Reel Chaos when you visit Gate 777 Casino and make a qualifying deposit.

NetEnt has successfully created a disturbingly chilling backdrop to this game! In this 5 reel, 3-row slot game, they have brought their villain to life, and he is honestly pretty chilling! Even the heroes themselves you might not want to bump into in a dark alley! Thankfully they have brought with them the kind of random features that we all hope to uncover while playing a slot game!

The reel symbols are made up of the main characters, with the heroes Flare, Chronos, Zero.x and Psyop making up the highest value symbols. The rest is a mix of the usual letters and numbers, but they have been designed to fit in with the look and feel of this game. It’s all very dark and moody! It might not be the game to pick if you want something lighthearted to play, but if you want action and drama, this is the game for you! It’s hugely eerie and fast-paced, and of course, there are some brilliant signature features here from NetEnt!

“Combining a proven, player favourite math model with rich, comic-like graphics and a compelling superhero storyline, Arcane Reel Chaos has the ingredients needed to be a success. I have no doubts that it will be a hugely popular new addition to our portfolio”.

Well, we shall see Bryan, we shall see. But from what we have seen so far from this game it’s one action-packed slot! Not for the faint hearted that’s for sure!

The game is made up of four main randomly triggered features, each belonging to one of the four superheroes. They include: 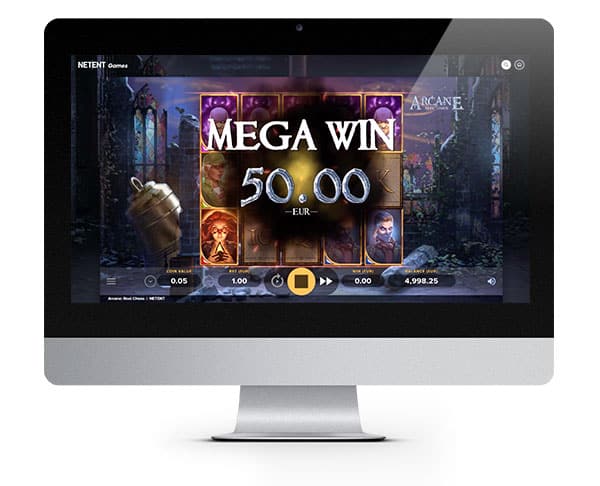 NetEnt has been churning out games left, right and centre and each one has had something unique and different about it. That’s no easy feat for even the most prominent developers, so NetEnt is proving themselves as the best in the business yet again. We can wait for their next release! Watch this space for news on future game releases!